How Students Can Ethically Engage with College Football

“What level of proof do we need about the harmfulness of some activities before we act?”

Journalist and author Malcolm Gladwell posed this question during a presentation at the University of Pennsylvania in 2013, arguing that universities should cancel their football programs. Advocating for the end of college football may seem like a radical position, but recent reputable studies have given light to the game’s long-term effect on brain function. A Boston University study found the brain disease, chronic traumatic encephalopathy, (C.T.E.) present in the brains of ninety-one percent of former college football players. Even more shocking is that out of the 111 brains of players in the NFL observed, all but one had developed C.T.E.

Gladwell is concerned with the decision to sustain college football’s existence on an institutional level.  But as a college student at a large SEC school, my peers and I implicitly endorse football through our actions every day. Season tickets, football merchandise and discussion around the sport are as ubiquitous as homework, dorms and other essential parts of college life. So am I guilty of supporting a machine that profits from the maiming of teenage brains and bodies, too?

There is first the question of whether the college athletes are consenting to their participation of the game, and thus are responsible for any injury.

It’s obvious that players technically do not have to accept any scholarship offers, and any potential college athlete can read as many New York Times pieces about the cognitive effects of football as I did to write this article. But for many students, football scholarships present the only financial opportunity for higher education. And who among us would reject the opportunity to follow our dream, even if it involved risk? Generally, college football as an institution has become hegemonic and widely unquestioned. And if it is conditioned that the initial step for professional football players is to play in college, do they really have a choice?

In the same way that college football’s presence has become largely accepted among student-athletes, non-football players (especially at schools with a strong football program) have also widely embraced college football culture. At the University of Georgia (UGA), the school which I attend, the ubiquitous phrase “Saturday in Athens” has tied an entire day of the week to college football. UGA students and faculty take advantage of the conveniently-scheduled Fall Break to attend (or at least attend a watch party for) the annual game against the University of Florida. Even the university’s campus is built around the central football stadium.

Football’s presence is not inherently bad or distracting.

The above examples simply show that football permeates through the broader college experience. Its influence is woven through space and time and the consumption of football is embedded into the very identity of most college students.

So if students are automatically supporting college football programs, what can they do to address football’s concussion problem? I interviewed two students at the University of Georgia to hear their thoughts on this issue.

Rosa, a first-year student, also recognizes how football is considered a central component to the college experience. Rosa bought tickets this year because “everyone else was doing it,” although she would not necessarily call herself a football fan.

Rosa too is aware of reports detailing the long-term effects of CTE in former college athletes, but in response to this issue, she does not believe the answer lies in withholding ticket sales or any type of “boycott.” Rather, Rosa finds that the next step in resolving this problem is “hearing the perspectives of the players themselves.” 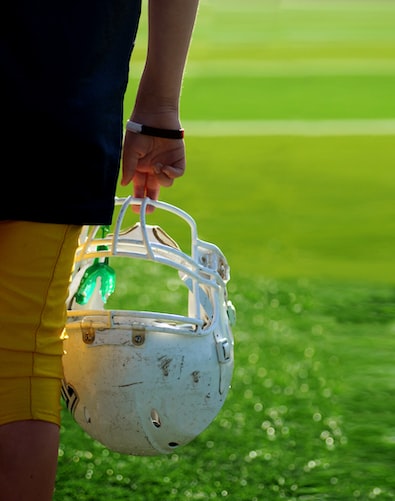 The major parties participating in the dialogue over college football’s existence are large institutions, such as the NCAA and individual college programs. Yet at the heart of the college football debate is whether these same institutions exercise an unjust amount of power over athletes. The individual voices in the discussion over concussions in football shouldn’t be op-ed writers or people barely more qualified than me to write about this topic. Likewise, those profiting from the sport, like university spokespersons, coaches and faculty and league commissioners, cannot weigh in objectively. These voices need to be those of college football players and former athletes. The players whose bodies are impacted can share their perspectives.

Marshall, another freshman student at the University of Georgia and “serious” college football fan, shares a similar unease over supporting a team in the context of this issue. Like Rosa, he does not see boycotts or withholding ticket purchases as a sustainable solution. However, Marshall does see an analog to the problem of college football players developing brain trauma: the debate over whether to pay college athletes.

More people than ever are in favor of putting college athletes on a payroll.

Being “a college football player at a large public or private university is a job,” Marshall says. And while amateurism in college sports is, like concussions in football, an intricate and complex issue in and of itself, the intersection between these two debates is glaring. Buried in preconceived notions about what it means to play or to experience college football are the physical and financial realities of the athletes. At the minimum, growing concern over both head trauma and compensation in college football reflects the broader concern for student-athletes’ well-being. 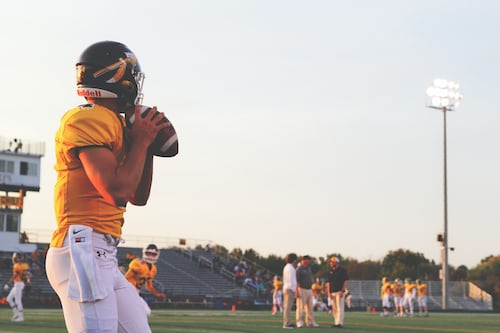 For students operating and existing within an institution supporting college football, the question of what dissent looks like is a hard one. As mentioned before, this could take the form of ensuring that athletes have a platform to voice their opinion. It could also be simply having these discussions with friends and other fans, or even just educating oneself on the issues. But regardless of what concrete action one takes, as college students, we should feel responsible for advocating for the health and dignity of fellow student-athletes.